The number of proposed housing developments on Long Island is growing, and a handful have the potential to be game changers for the region once they are completed. Here are some of the largest and most promising projects coming to Nassau and Suffolk Counties, as well as why these projects could change the landscape of housing here.

The Boulevard at Yaphank 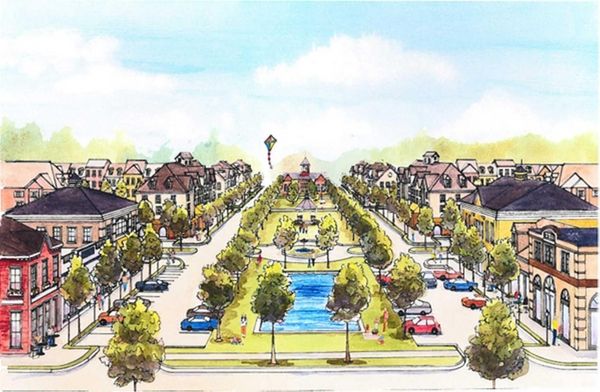 History of proposal: Developer Wilbur Breslin began purchasing tracts of land in Yaphank in 1972 with the goal of creating a 1.65-million-square-foot mall with more than 12,000 homes and 1.3 million square feet of office space on 2,000 acres. The project was highly unpopular with the public and was denied in 1989. In 1999, Breslin partnered with AVR Realty to develop the smaller Meadows project, now known as The Boulevard, which was approved in 2011. Ground was broken in June 2015 with construction scheduled to finish in 2025.

Future of proposal – how will it be a game-changer for the region? After many years of failed developments in the area, The Boulevard at Yaphank could bring several benefits to the area. In addition to creating new housing and retail for western Suffolk residents, the project could help expand the Ronkonkoma LIRR line with the addition and electrification of a new Yaphank station. A study is currently underway on whether it is feasible to construct a new station. Rental housing around the proposed rail stop is also an option once a location is chosen, according to Mitch Pally, chief executive officer of the Long Island Builders Institute. 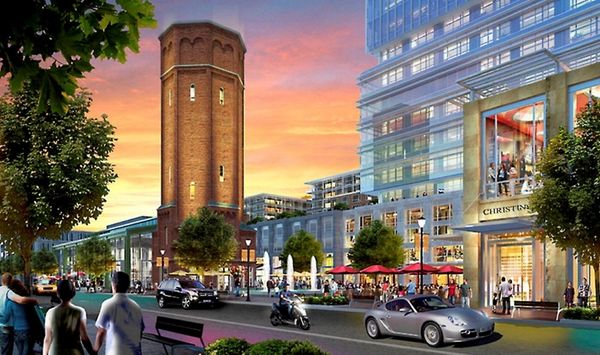 History of proposal: Although it was first proposed in 2002 by developer Gerald Wolkoff, first phase of the Heartland Town Square project wasn’t approved by the Islip Town Board until July 2017. The plan calls for a mixed-use development consisting of offices, retail and housing to be constructed at the site of the former Pilgrim State Psychiatric Center in Brentwood. Wolkoff purchased the land in 2002 and originally planned to build 9,000 apartments and a combined 4.4 million square feet of office and retail space on the property, but the project was later scaled back. The Islip Town Planning Board recommended approval for a modified version of the plan in 2016. Residents have voiced concerns that the project will negatively impact the Islip area and make it too urban, causing traffic jams and additional unwanted competition for local businesses in Bay Shore. In Feb. 2019, developer Jerry Wolkoff sued Suffolk County to force it to connect the Southwest Sewer District to the project, a major hurdle holding up additional construction.

Future of proposal – how will it be a game-changer for the region? Once completed, the Heartland Town Square project could help improve existing home values in Brentwood, and additionally provide a walkable housing and retail environment for seniors and millennials looking for apartment-style living, according to Wolkoff. The development would also restore the unused site of the former Pilgrim State Psychiatric Hospital and could potentially bring hundreds of jobs to the area.

History of proposal: The initial plans for the Hub were announced in Sept. 2018, when RXR Realty and BSE Global agreed to spend $1.5 billion to develop the 72 acre area around the Nassau Coliseum that is currently a parking lot. The plan called to turn that space into a mix of housing, retail and office space. Additionally, Northwell Health has signed on to become an anchor tenant at the Nassau Hub, and has agreed to build a 225,000 square foot research and development center there. Previous efforts to develop the land, including the 2004 Lighthouse Project, had been unsuccessful. The Nassau County Legislature unanimously passed the county executive’s Development Plan Agreement for the Nassau Hub on Dec. 17, 2018. Nassau County also recently acquired $85 million in funding from New York State for the construction of two parking garages. Once completed, the garages will mark the beginning of construction on the project.

Future of proposal – how will it be a game-changer for the region? The construction of the Nassau Hub is expected to bring businesses, jobs and millions of dollars to the area surrounding the Nassau Coliseum as well as provide housing aimed at keeping millennials and other working-class Long Islanders in Nassau County. Once the first phase is completed, County Executive Laura Curran and the development team plan to continue building to include more retail and office space as a way to bring new tax revenue and business to the area. 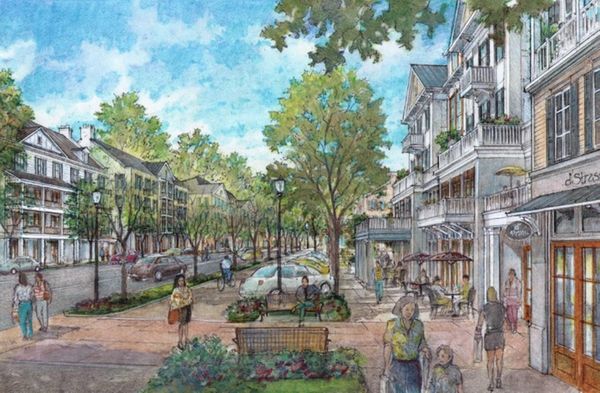 Next steps for approval: The project is currently on hold awaiting the construction of a sewer plant in order to move forward. Some work has been done at the site, including the completion of a new traffic circle and an official groundbreaking at the site of the former River Boat Diner in August 2018, according to the Riverhead News-Review.

History of the proposal: The Riverside Rediscovered project got its start in 2013, and seeks to redevelop the hamlet of Riverside, an impoverished area currently shared by the towns of Southampton and Riverhead. Renaissance Downtowns took the lead on the project in 2014, and since then the Town of Southampton has approved zoning changes to the proposed area and announced plans to purchase land in order to build a sewage treatment plant for the development, according to the Riverhead News-Review. The project most recently broke ground on a mixed-use medical office building with two workforce apartments on the former Riverboat Diner site in August 2018. Additional work on the project is on hold pending the creation of the sewage plant. In Nov. 2019, a Southampton-based civic group petitioned Southampton Town Supervisor Jay Schneiderman to initiate eminent domain procedures against a 20-acre parcel of land critical to the construction of the sewage plant, according to Riverhead Local. Schneiderman has refuted the claim that the parcel of land is needed to construct the sewage plant.

Future of proposal – how will it be a game-changer for the region?Riverside is widely considered to be a downtrodden and blighted area, and the reconstruction project could help breathe new life into the hamlet. Long Island Builders Association CEO Mitch Pally said that in addition to providing workforce housing for residents, the project would also provide housing for government workers in the nearby municipal offices. 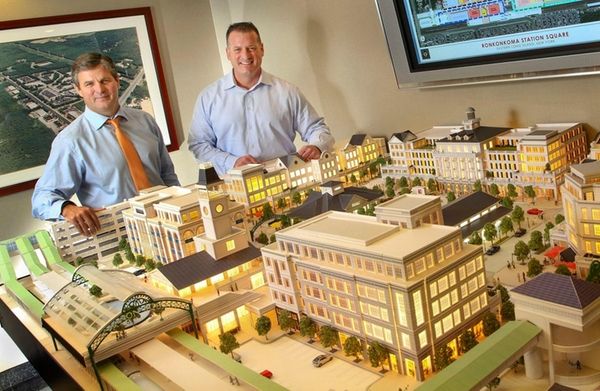 Next steps for approval: This project is in progress and is being funded by $55 million from Empire State Development for sewer upgrades and new parking facilities. The first two buildings containing 245 units are currently open. Phase 1 of the project has been approved and is currently in development. Phase 2 of the project is expected to begin in fall 2020, according to Mitch Pally, chief executive officer of the Long Island Builders Institute.

History of proposal: TRITEC was named as the master developer of the Ronkonkoma Hub in 2012 and tasked with turning the area of small shops and parking lots around the Ronkonkoma LIRR station into a mixed-use, transit-oriented development. The project sought to turn 53 acres of blighted land into residential homes and to dedicate 600,000 square feet to retail and office space. Construction began in November 2017 and the first two residential buildings were completed in September 2019. The project is scheduled to be completed by 2027. Previous plans to develop the area date back to 1986, but none were successful.

Future of proposal – how will it be a game-changer for the region? The Ronkonkoma Hub is expected to provide transit-oriented housing to the Ronkonkoma train station area, and provide a place for Suffolk residents to live and work near a major transit hub. In addition to more than 1,000 housing units, developers plan to bring retail and office buildings to the surrounding area and possibly build a convention center on the south side of the train tracks. 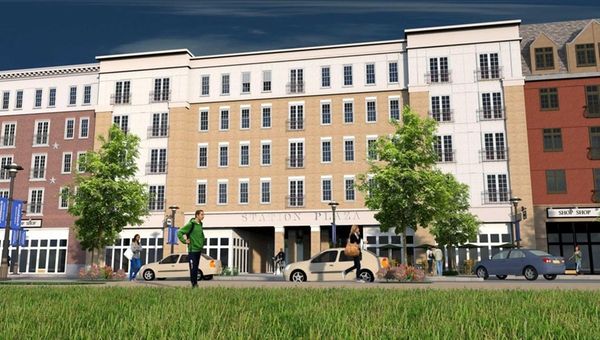 History of proposal: In 2002, then-Babylon town supervisor Steve Bellone proposed Wyandanch Rising as a transit-oriented redevelopment to revitalize the Wyandanch community. Two mixed-use buildings were completed between 2013 and 2016, including 177 apartments and a new sewer line. By the end of 2019, a third building was being constructed and construction on a fourth building for Phase One of the project is currently planned for the first quarter of 2020. A new sewer line was also recently completed for the project.

Future of proposal – how will it be a game-changer for the region? The existing apartments at Wyandanch Rising have already begun to revitalize the hamlet’s downtown and create more affordable housing for Suffolk residents. The development has led to the creation of a new LIRR station, a new parking garage and more retail in the surrounding area. The forthcoming building will have an additional 94 affordable apartments for senior citizens.

These are highlights of some of the promising projects being built across Nassau and Suffolk, check out our housing developments map to see all the development happening.